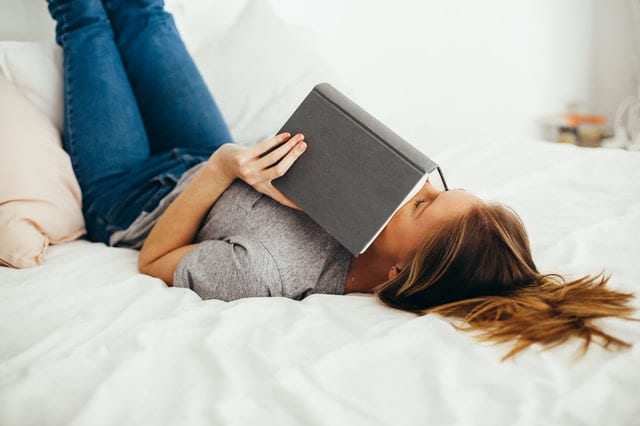 With 2021 fast approaching, it’s time to get our reading list set! Just in case we’re still stuck in the house for a while, or if you just love to read and can’t get enough of the newest books to hit the shelves, here is the list of the most-anticipated books of 2021.

The Four Winds, by #1 New York Times bestselling author Kristin Hannah, is an epic novel of love and heroism and hope, set against the backdrop of one of America’s most defining eras—the Great Depression.

The New York Times and USA Today bestselling author of The Huntress and The Alice Network returns with another heart-stopping World War II story of three female code-breakers at Bletchley Park and the spy they must root out after the war is over.

From the New York Times bestselling author of Daisy Jones & The Six . . . Four famous siblings throw an epic party to celebrate the end of the summer. But over the course of twenty-four hours, their lives will change forever.

Martine is a genetically cloned replica made from Evelyn Caldwell’s award-winning research. She’s patient and gentle and obedient. She’s everything Evelyn swore she’d never be.

And she’s having an affair with Evelyn’s husband.

Every Vow You Break

A bride’s dream honeymoon becomes a nightmare when a man with whom she’s had a regrettable one-night stand shows up in this electrifying psychological thriller from the acclaimed author of Eight Perfect Murders.

From the outside, everyone might think Fern and Rose are as close as twin sisters can be: Rose is the responsible one, with a home and a husband and a fierce desire to become a mother. Fern is the quirky one, the free spirit, the librarian who avoids social interaction and whom the world might just describe as truly odd. But the sisters are devoted to one another and Rose has always been Fern’s protector from the time they were small.

Meet Jane. Newly arrived to Birmingham, Alabama, Jane is a broke dog-walker in Thornfield Estates––a gated community full of McMansions, shiny SUVs, and bored housewives. The kind of place where no one will notice if Jane lifts the discarded tchotchkes and jewelry off the side tables of her well-heeled clients. Where no one will think to ask if Jane is her real name.

Lo Denham is used to being on her own. After her parents died, Lo’s sister, Bea, joined The Unity Project, leaving Lo in the care of their great aunt. Thanks to its extensive charitable work and community outreach, The Unity Project has won the hearts and minds of most in the Upstate New York region, but Lo knows there’s more to the group than meets the eye. She’s spent the last six years of her life trying—and failing—to prove it.

As Jenny Lawson’s hundreds of thousands of fans know, she suffers from depression. In Broken, she explores her experimental treatment of transcranial magnetic stimulation with brutal honesty. But also with brutal humor. Jenny discusses the frustration of dealing with her insurance company in “An Open Letter to My Insurance Company,” which should be an anthem for anyone who has ever had to call their insurance company to try and get a claim covered. She tackles such timelessly debated questions as “How do dogs know they have penises?” We see how her vacuum cleaner almost set her house on fire, how she was attacked by three bears, business ideas she wants to pitch to Shark Tank, and why she can never go back to the post office. Of course, Jenny’s long-suffering husband Victor―the Ricky to Jenny’s Lucille Ball―is present throughout.