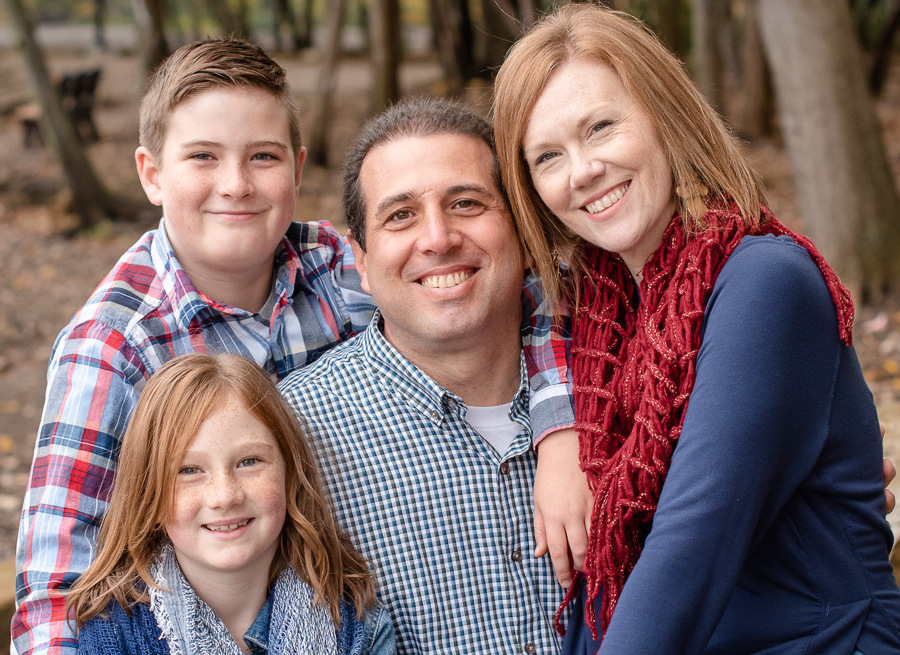 A journey of faith, family and friendship: This mom has created a homeschool adventure and she’s excited to share it!

Kim is standing in a room full of people- parents and kids. It’s loud and full of joyful noise. Moms are chatting, kids are playing, and there are lots of smiles and hugs, and Kim says a little prayer in her mind. “Thank you, Lord. Thank you for this gift.” She smiles, gets a tingling feeling of excitement and a sense of peace. She knows she is exactly where she belongs.

Kim Vann is what she calls an “accidental homeschooler.” Her journey to this place in her life started on a “wing and a prayer.” It was a journey of faith. And it continues to be. Every day, she and her children, Braxton, 11 and Sophia, 9, take steps forward on this homeschooling adventure with passion and excitement, staying grounded in their faith.

The Vann family moved to the Cleveland area from Florida to open a bar/ restaurant that eventually came to be known as The Jolly Scholar and is located on campus at Case Western University. Kim’s husband Matt runs the business, which now includes a microbrewery. Their family has a history of entrepreneurship and experience in real estate so when this opportunity came up they thought, “Let’s give it a shot.” They moved to Broadview Heights and eventually Braxton, and then Sophia entered preschool and then Kindergarten. But, it wasn’t long before Kim realized that her kids were losing their joy for learning. So after much thought and prayer and discussion, they decided they would try to homeschool.

“It was so fun!” Kim says as she reflects on the early days.  “It was real learning, active learning. It was nature walks and looking under a microscope. It opened my eyes. It was a whole new way of looking at the world, even as an adult.”

It was in these moments of learning through an active interaction with the world around them that Kim knew she was doing the right thing for her kids. But, it was a lonely road at first. While there were many groups and activities to get involved in, she and the kids were finding a lack of connection.

“We were looking for deeper relationships with other homeschool families,” she says. “We were missing that piece of the puzzle.”

So, after more thought and prayer, she took another leap of faith and started her own group she named the Ohio Parent Educator Network, or OPEN.  She said it was terrifying to take that step into the unknown.

“It was my first time organizing a group of people outside of what we did for our jobs. It was the ultimate test of rejection.”

But she did it anyway, starting with a simple Facebook post looking for other families to hang out with. It was a transitional moment.

“I just leaned into my faith. I believed that if it was on my heart, it was probably on other’s hearts as well,” she says. It wasn’t easy, starting something new. But her faith gave her an anchor to hold onto in that vulnerable moment.

And, within a few years of weekly social meet-ups and field trips, the group grew to over 20 families. Kim says she likes to keep it somewhat small so that families have those opportunities to really connect and develop deep meaningful relationships. The kids form bonds and the moms are a true support network for each other, helping out in tough times and celebrating wins together.

However, like all things in life, things change and evolve. Families move away or they choose to go back to traditional school, or a mom decides to go back to work full time.  Kim says that it’s just important to be flexible and understanding when change happens.

“The biggest thing I’ve learned is to be gentle with people,” she says. “I just try to understand other people’s positions and do my best to support them.”

Change also comes with the kids. They get older and their needs change. Kim says it’s just another challenge that requires thought, prayer and a belief in supporting others on their journey.

“My kids are my biggest inspiration,” she says. “I saw distinct changes around age 11 and I thought, I’ve got to be ahead of this curve.”

So, she was inspired to start another social meet-up group just for the older kids, called EPIC. It’s a once monthly meet-up where kids ages 11 to 14 can do older kid stuff.

“The older kids want to feel like they’re taking a step into maturity, away from parents and siblings,” she says.

It was important to Kim that EPIC was open to homeschoolers but also their friends who may or may not be homeschooled as well.  That social component of learning is importantto her, so as long as everyone is kind she wants them to feel welcome.

“First and foremost above all else to me is character and virtue. I want to raise good people so I wanted to provide a way for them to experience a positive sense of society starting at a young age.”

But Kim was also seeing other needs for her children as well as the other families. She felt like having an opportunity to experience a classroom setting with hands-on learning in a peer group was valuable. And a break for parents was also valuable. So she started a weekly drop-off program called Discovery Project.  She has paid teachers and a structured curriculum and a waiting list of families wanting to participate.

“It has to be real, it has to be hands-on, and it has to be applicable,” she says. “That’s at the root of my homeschooling and that’s the stuff they’ll remember.”

So, seven years later, the journey has been enriching, fulfilling, and affirming. And Kim knows she didn’t get there on her own. In addition to her faith, she has also had the support and feedback of her fellow moms, collaboration with her Discovery teachers, as well as the inspiration of her husband, Matt.

“He’s the idea person (in the marriage), he teaches me to be fearless,” she says. “I admire it so much. It’s a gift.”

And she knows people all have different gifts which is why she values feedback so much. “I’ve learned that a good leader will listen, sometimes follow, and make decisions. Listen to your team.”

What started as a journey of one, has become a caravan of many and Kim is so grateful that she took that first step. She knows that getting caught up in the what-ifs will only hold you back, so just put yourself out there.

“Without the friendships we’ve made, this journey would be much different. And with my faith I always say, ‘be grateful, thankful and focus on the blessings.’ That guides everything I do.”